When you have a child who is hesitant to read and says it's not their favorite then you will do pretty much anything to help them catch the "reading bug". So for my second daughter her love was horses and puppies. I have scoured the libraries and the internet to find any horse book or puppy book for her to read. Over the last few years she's actually been reading more and more which I love. So, when I asked her if she wanted to read 4 books from the Mattie Richardson's Horses in History Series by Author Mattie Richardson/Appoloosy Books, she said an emphatic YES! Music to my ears!! 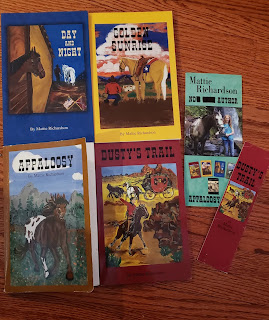 Like I mentioned we received 4 books from the Mattie Richardson's Horses in History Series -- Appaloosy,  Dusty's Trail, Golden Sunrise, and Day and Night. With Day and Night we also received the Day and Night Enrichment Guide and answer guide as a PDF. Each one of the stories is based in a historic time frame where horses were in full use. The stories are written all from the horses point of view. What a neat idea! 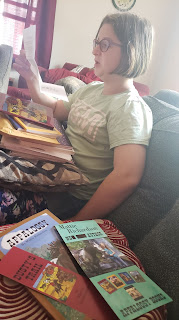 The stories are written for 8-14 year olds but I think any horse loving or history loving child would enjoy these books. The books are paperback and range in length from ~75 pages (Dusty's Trail) to ~140 pages (Day and Night). Also it should be mentioned that Author Mattie Richardson/Appoloosy Books began writing at the young age of 13 and owns her own horses (another hobby she shares with my daughter.)

As I mentioned above, my daughter used to not like to read. It is more that reading was and sometimes still is a real struggle. At one point she told me that the letters were swirling around the page. So she has come a LONG way. She chose to read the Appaloosy book first. And she did not want me to read it to her ... but as we neared the end of the review period the book has proved to be still a bit tough for her and has taken her a long time to get through. But I am proud of her tenacity and perseverance. Here are her thoughts on the book and the whole series. 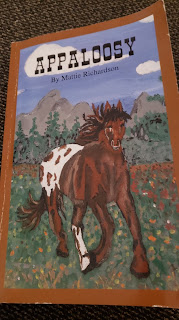 This story is about a horse, an appaloosa named Storm, whose herd got separated and all the young ones got taken away. Storm was sent to an Indian tribe. Then in a battle the white men captured him and he is now trying to escape.  This is how far I have been able to read. I love reading, but bigger books like this take me a long time to read on my own since I'm a bit slower at reading then others.

I ike the story mostly because it's about horses. The stories that Mattie Richardson has written are interesting because they are written from the horses point of view. Normal authors don't talk about how the horse feels and what they are thinking. They only usually talk about the humans and from their perspective. These stories tell us history through the horses eyes. 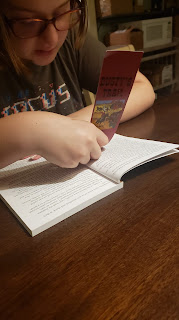 I also enjoyed that the stories were based in a true historical time period about a real event in history. That was neat. I learned that in this story we, "the white man", fought the Indians to take more of their land and basically steal whatever they could. That isn't fair to the Indians since they didn't have as much protection or people and they were traveling with women and children unlike the 'white men'. 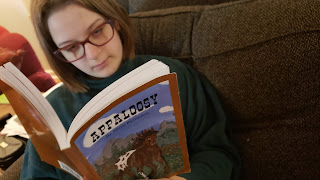 I also thought it was cool that both the author and the illustrator started writing and drawing very young. The illustrator, Clarissa Richardson, was only 13! I'm only 14! And I love art and drawing. I also just realized that they have the same last name - SISTERS! My sister loves to write just like Mattie is. Maybe one day I'll draw illustrations for the books my sister writes.

I was also so surprised when I opened them because they were all SIGNED - that makes them a collectible! She also sent a bookmark. That is so cool! 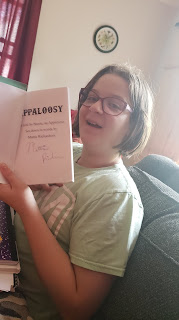 I think I am planning to read Day and Night next or maybe Dusty's Trail. Both sound great ... well I also saw she has 3 more books available ... 1 that is out and I'm asking for that one for Christmas called Blackberry Blossom and the other two are coming soon! I've already added them to my list for my birthday next September!! LOL!

As the story continues Storm gets captured and lands in a small farm with a little girl who really loves him, used as a bronco at an Indoendence Day event, and then had a loving life for a few more years. Then close to the end he and his barn mates were kidnapped to later escape by Storm's doing. It was a great story of friendship and loyalty all while set in the beginning at least during the Nez Perce war before ending up in Idaho on a small family farm with Storm's forever human, Faith.

This book has taken my daughter a while to read so she hasn't ventured into the other stories so I want to give you a brief overview of what you'll expect to learn from each of the other ones. 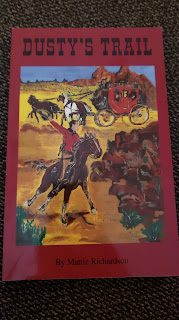 Dusty's Trail - is the shortest of the books received. It is set in the time of the Pony Express and is narrated by Dusty, an American Quarter Horse. His owner Levi answers an ad for adventure and danger as he embarks on a new job with the Pony Express. Unfortunately, Dusty would rather stay at home in his slow and predictable farm life. But as Levi and Dusty are run down by Indians Dusty has to prove he's in it for the long haul to keep his owner/rider safe from harm. Then Dusty rides off leaving Levi to fend for his own only to later encourage another horse, Ace, to help him as he searches to save Levi and not leavve him for dead. 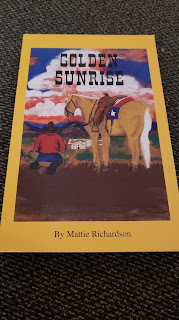 Golden Sunrise - Cheyene, a Palomino from northern Texas, is the main character in this book along with her owner Jared. They have a special bond that helps them navigate all that is happening during the time of the Alamo, where this book is set. Along their time together they fight in two battles and also meet Davy Crockett and James Bowie on their travels. Will they both be able to make it through to see Texas' independence? 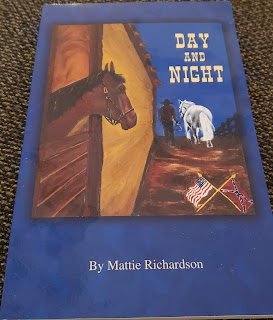 Day and Night - a story about two borhter horses, Tucker and Shiloh, who are separated during the time of the Civil War and all the border wars. They are like day and night with one being for the Yankees and the other to the Confederates where their allegience is to their side, but still devestated from the loss of losing each other. As you read through the story both horses learn so much about this important time in our American history. 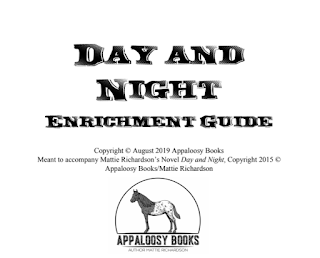 Along with this one you can purchase Mattie Richardson's first Enrichment Guide created to complement Day and Night. It has even more history that breaks the book up into 8 parts and incorporates extra reading, vocabulary, crafts, and activities that can take about 2 -3 months to complete. It is just about 100 pages! The plan is to also have enrichment guides for the rest of the books by 2021.
Audrie is planning on reading this book next so she can work through the enrichment guide too. I believe this will be a great way to learn history or expound on a time period in history even more once all of these guides are available.

My daughter has TRULY loved the books so far. She can't wait to read them all and the rest of the ones she hopes to get. I encourage you to read the other Homeschool Crew Review by clicking the link below to see how others used and incorporated Mattie Richardson's Horses in History Series into their school life. I also hope you check out Author Mattie Richardson/Appoloosy Books on Facebook, Instagram, and Twitter. Let us know if you end up reading these and what your thoughts are on them and which book is your favorite!! 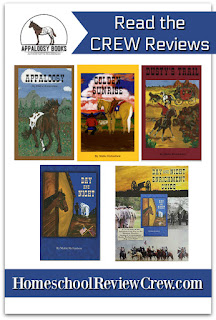 Menus On A Dime

Promote Your Page Too 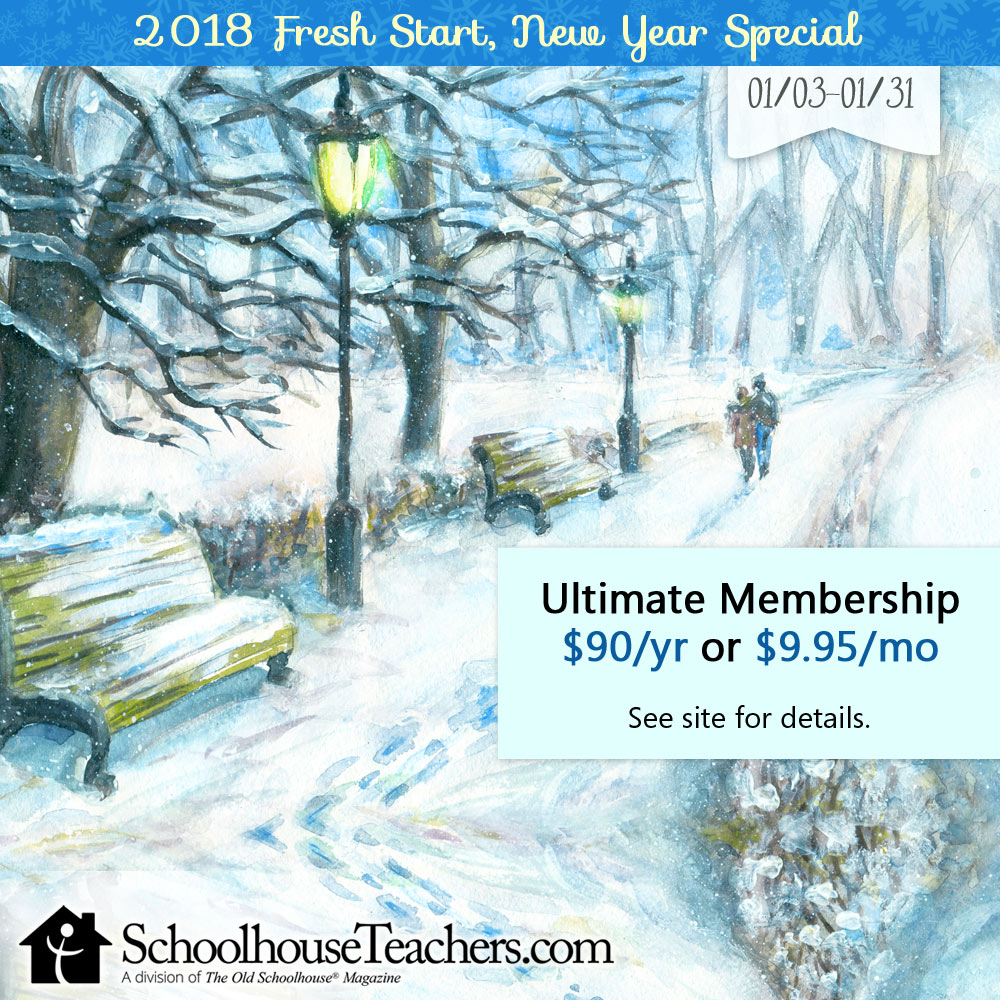